​Dan Arlett has over 1,300 hours on the Tornado F3, including being a pilot in the RAF Role Demo. Since 2004 he has flown at airshows displaying Hunters, Yaks, Extras, Jet Provosts, and as a part of Team Viper. In 2012 he was with the Central Flying School, having a total of over 5,000 hours. 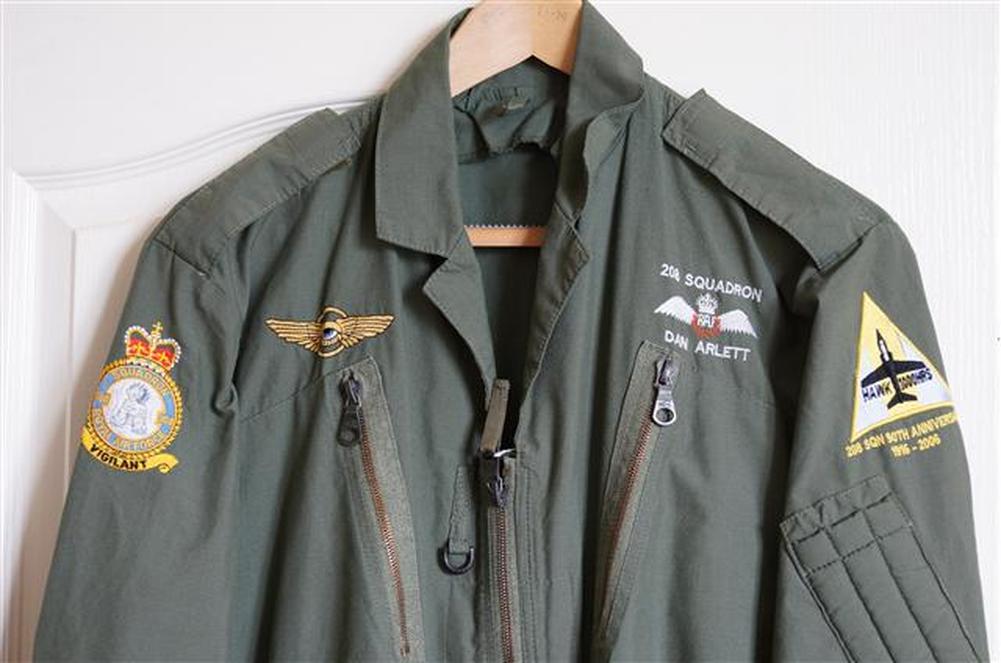 208 Squadron R.A.F. suit. Used when the squadron was flying the Hawk T1. 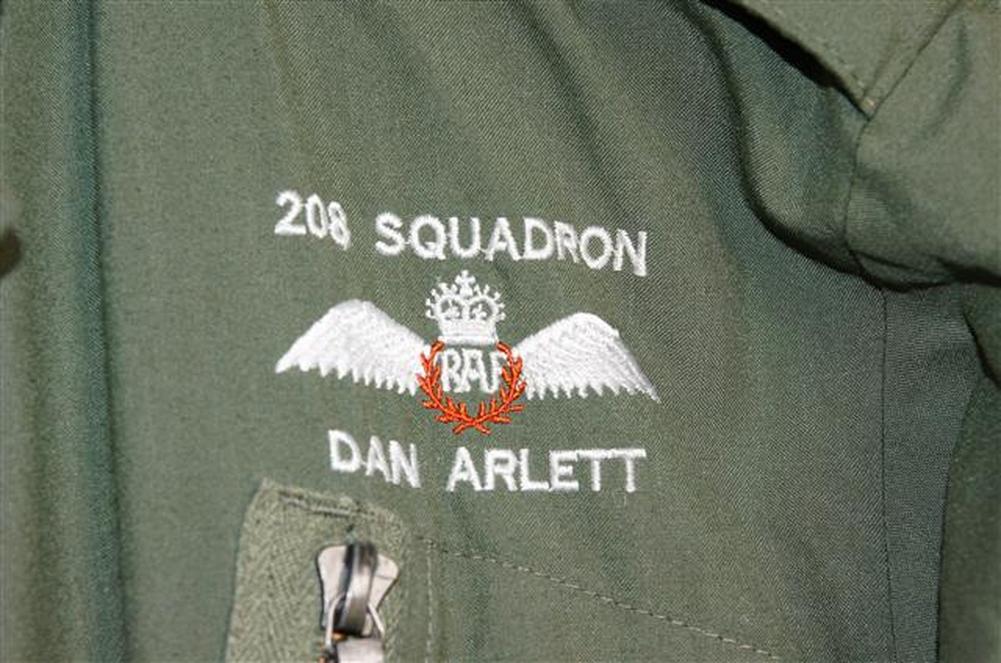 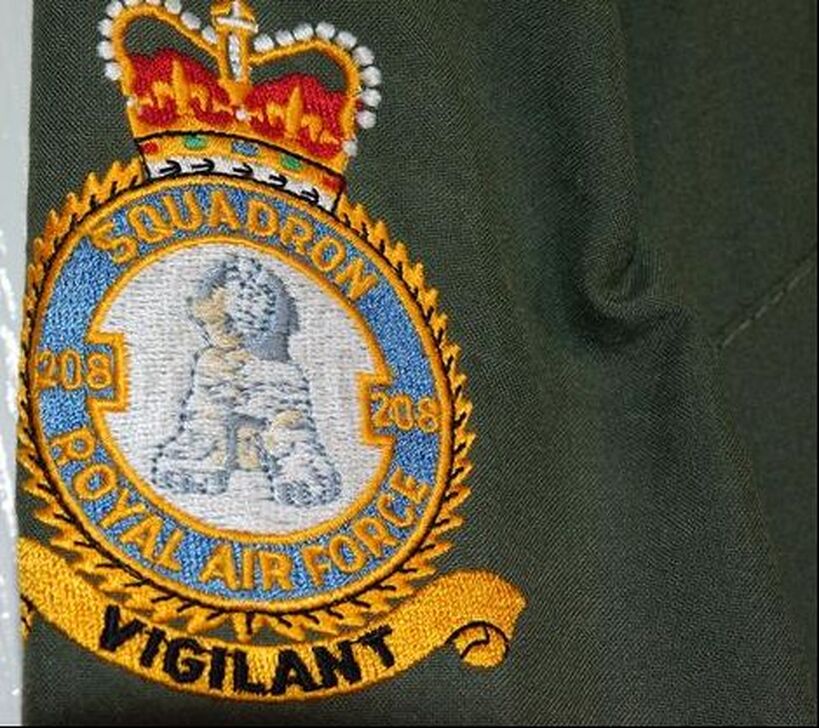 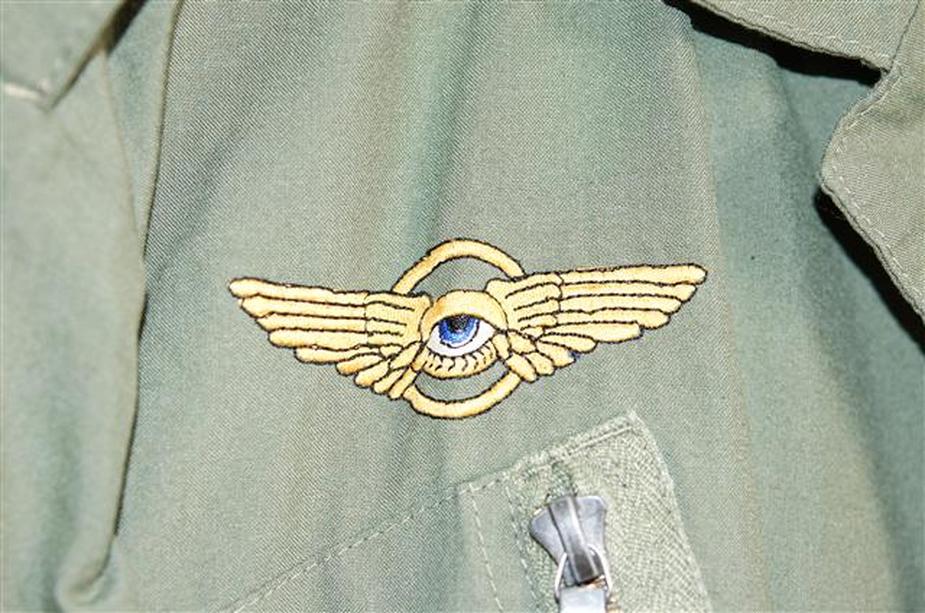 Pilot Dan Arlett  feared he would not survive a dramatic crash landing.
​
The 35-year-old  was flying over Devon during a training flight with a student who owned the BAC 167 Strikemaster jet when he was forced to crash land at Witheridge, near Tiverton. Mr Arlett, an RAF squadron leader who is also a trained civilian pilot and a Civil Aviation Authority examiner, was taking the plane back to Exeter airport last April. After some flight checks, the engine began to slow down.

Mr Arlett, who was speaking about the accident for the first time, said: “The engine flamed out and my first reaction was ‘this is not good’. “I was not in shock  but it woke me up and made me think it was for real.”  Mr Arlett said he went through the restart sequence, which he had memorised. But the electrical system and the radios failed, making an emergency call impossible. “At this point, my first thought was that we would have to eject as Devon is not blessed with fields that are a good size,” he said. Despite being 1,800ft up, Mr Arlett identified a field and told his student to prepare for an emergency landing. Dan decided to land with the landing gear up, in case the wheels dug into the ground and flipped the plane. “We touched down 100 metres into the field at about 105mph,” he said.
“Usually, as soon as the aircraft is down it stops pretty quickly, but when we touched down the land was very wet and the aircraft was like a toboggan.” Although on the ground, Mr Arlett still had to pilot the plane to prevent either wing touching the ground.

He said: “At this stage I shouted ‘brace, brace’. “I moved over and put my student’s hands forward. “He was braced but I wasn’t — I knew this was going to hurt and I knew I might not make it. “I was pretty scared. It was going from a bad situation to one where I thought it was going to be pretty much terminal for me.” Mr Arlett said that although he didn’t brace he was locked into his seat with straps.  The force of the impact  jolted him forward. “Your body should not move forward, but it was forced forward about the length of my arm and I smashed into the instrument panel.”

After the impact, Mr Arlett heard fuel leaking. He knew a quick exit was necessary. “I was getting nervous. I was thinking ‘we’re going to burn to death’.” Mr Arlett cut the engines, and made the ejector seats safe.After releasing the canopy, the pair got out of the plane. They managed to get to nearby  Foxley Farm. Mr Arlett said he would be “forever grateful” to the property’s owners for  helping them. Mr Arlett , who is based at RAF Leuchar in Fife, and his passenger, a surgeon, were taken to the Royal Devon & Exeter Hospital. Mr Arlett  was given an X-ray and told he had a broken back. He was later flown by the RAF to Nottingham’s Queen’s Medical Centre to receive specialist spinal care. “It was a pretty violent accident,” said Dan.  “We were lucky to survive. “I am glad it was me rather than someone less experienced but I never want to go through that again.” As reported in the Echo, an Air Accident Investigation Branch report into the incident concluded that although the cause of the engine run-down was not established, the loss of electrical  power from the two main batteries and absence of an emergency battery meant that the  engine could not be restarted.