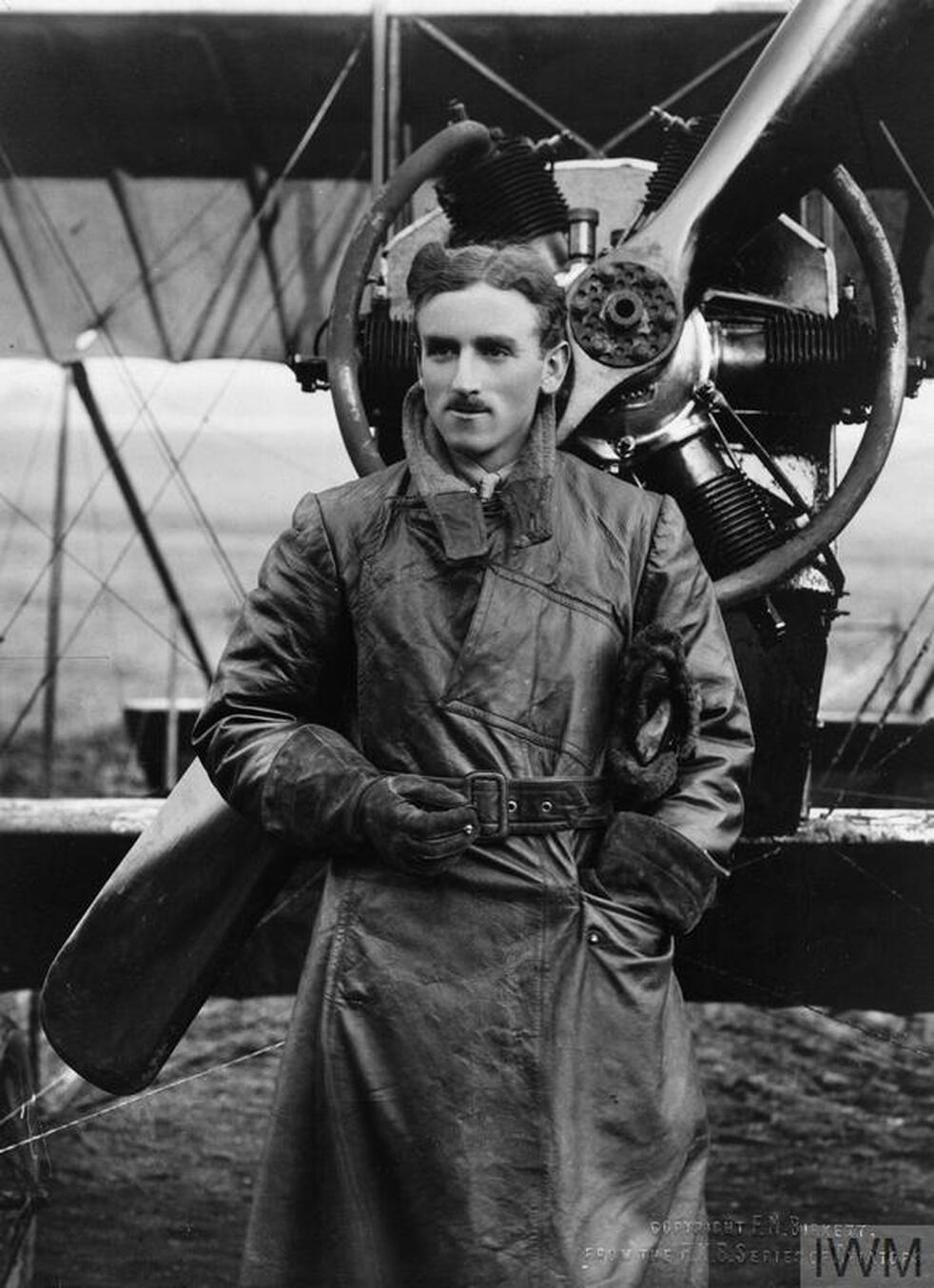 Posted to No. 2 School of Military Aeronautics, at Oxford, on 11 September 1916.
Posted to the Central Flying School, at Upavon, on 29 October 1916.
Posted to 42 Reserve Squadron, in U.K., on 6 December 1916.
Granted his Royal Aero Club Pilot Certificate (# 3921) on 2 December 1916.
At No. 2 School of Military Aeronautics, pilot trainees received 2 months of basic
military training and ground school instruction. At C.F.S., Gray would have received
a course of elementary flying instruction, including a minimum of 25 hours of flying
time. He would have received a further 35 hours of flying time and advanced
instruction at 42 Reserve Squadron. When he qualified as a pilot, he was granted
his Royal Aero Club Certificate (2 December 1916 and commissioned as a R.F.C.
Flying Officer (dated 10 January 1917). Not all R.F.C. pilots qualified for the Royal
Aero Club Certificate this late in the war, so Lieutenant Gray's flying proficiency
warrented this licensing. 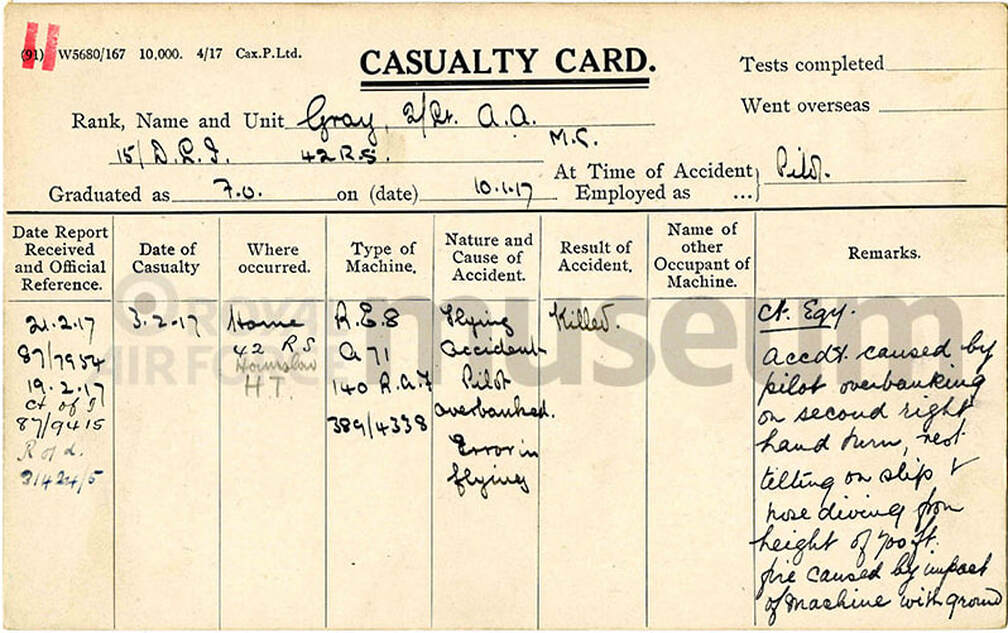