​Ray Lygo was a member of that small but significant group who enlisted as a naval rating and rose to achieve Admiral’s rank. He was a man full of energy and self-confidence. His second career, from managing director of the Dynamics Group to Chief executive of British Aerospace, was no less extraordinary.

In 1970, under Lygo’s command, Ark Royal was operating aircraft at night south of Crete. The Soviet Cold War naval policy of the times was to harass NATO warships, especially carriers. In this case a Kotlin class destroyer had been manoeuvring dangerously close to Ark Royal for some days – always favouring her starboard bow because the international rules for prevention of collision at sea in that situation would place the burden of avoidance on the Ark Royal. However the rules also provide an overriding priority for vessels engaged in certain restricting activities of which operating aircraft is one. When the Kotlin clearly made a mistake and disappeared under Ark Royal’s starboard bow it was Lygo’s quick actions that averted a disaster.
The collision damaged the Kotlin’s hull and missile armament and knocked 17 sailors over the side, Ark Royal was almost unscathed. Efficient rescue by the British recovered all of the Russian sailors but five who were lost. The naval court of inquiry praised Lygo for his seamanship and it was noted that the Soviet Navy thereafter behaved more circumspectly.

By 1986 Lygo was chief executive of British Aerospace (BAe), Westland the British helicopter manufacturer was in difficulties and seeking capital support or a partnership. With some reluctance Lygo was persuaded to take the lead in promoting a consortium of BAe, GEC, the French Aerospatiale, the German MBB and the Italian Augusta companies.

This was the “European solution” favoured by Heseltine who saw it as a pledge of his good faith towards a European defence procurement policy that already included the European Fighter Aircraft (EFA) project. The picture was clouded by other considerations; much of Westland’s work was already licensed from the US Company Sikorsky. The Americans argued that Airbus Industrie, the European collaborative venture was funded unfairly by governments and in this climate, Brittan, as Minister for Trade and Industry who favoured an American solution was concerned that BAe was taking an anti-US stance.

At a critical meeting in Brittan’s office, Lygo whose American family connections and stateside operational experience were considerable, strongly resented this implication saying that there was nothing anti-American in being pro-European and that he found it extraordinary that one department of state should be urging him to do one thing while another urged him to do something else. What had happened to the government’s competition policy?

At the end of the meeting Lygo recalled clearly that Brittan leant across, pointed a finger and said to him, “You should withdraw”, a remark that Lygo considered highly improper and which became the object of much reinterpretation, media excitement and parliamentary dissection.

At a tri-nation meeting in Germany on the EFA shortly afterwards, Lygo was dumfounded to hear that Heseltine had resigned, his statement saying that the final blow had come when he heard that the chief executive of BAe had been told by Brittan that BAe should withdraw. The question of whether “you” meant Lygo or the company became blown up out of all proportion. Finally, Brittan also resigned over the affair of the Attorney General’s letter. Lygo believed that this distasteful episode permanently affected his relationships with his own board.
Raymond Derek Lygo was born in 1924. He left Ilford High School at 14 and followed his father into the printing trade, but unable to obtain an apprenticeship joined the staff of Times Newspapers as a messenger boy and worked through the Blitz. Having risen to sergeant in the Air Defence Cadet Corps he doggedly overcame educational and eyesight deficiencies to join the Fleet Air Arm in 1942 as a naval airman. Taught to fly in the US he was commissioned as a sub-lieutenant RNVR and trained as a Seafire (the navalised Spitfire) pilot at Yeovilton.

His squadron joined the carrier Indefatigable in 1944 and was employed covering attacks on the battleship Tirpitz and strafing Norwegian airfields, experiencing the normal incidence of crashes and losses to enemy action. In late 1944 Indefatigable joined the British Pacific Fleet and contributed to attacks on Japanese installations in Sumatra, Formosa (Taiwan) and eventually the Japanese mainland. On one occasion Lygo was horrified to see an aircraft with red spot markings flash by just as he took off from the deck. This kamikaze struck Indefatigable abreast the island, killing many. Lygo “selfishly” wondered if the carrier would be operable before he ran out of fuel, as a result of sound armoured deck construction, it was.

On return after the war he transferred to the regular Navy and became a highly qualified flying instructor. In 1949 he returned to the US, joined the US Navy’s first East Coast jet squadron and flew Phantoms and Banshees ashore and in the carrier Philippine Sea. Here he met and married Pepper van Osten in Florida.
Back in Britain in 1951, Lygo commanded the Navy’s first jet training squadron. He obtained useful seafaring qualifications in the frigate Veryan Bay in the South Atlantic followed by command of the Navy’s first jet squadron to embark in Ark Royal. Early promotion to Commander in 1956 was followed by two staff jobs and command of the new frigate Lowestoft.

Promoted to Captain at the early age of 39, he was appointed to his first Ministry of Defence post as deputy director of Naval Air Warfare, during which period he took part in the notorious “carrier battle” which eventually removed fast jet aircraft and the vital airborne early warning capability from the Naval inventory. It was one of his staff who discovered that the RAF had moved Australia 200 miles westward in documentation supporting the case for a land based Indian Ocean solution, a cause celebre in its day.

Two incidents concerning his appointment in command of the new frigate Juno and the 5th frigate squadron were revealing of Lygo’s character. He had previously crossed swords with the formidable Admiral John Frewen in a lecture hall. When calling on him as CinC the Admiral said “The last time we met, Lygo, there was an unfortunate scene. It was my fault and I regret it, but you are an extremely irritating man”. Lygo, remarked later “He was right, I am irritating”

At the end of his tour during which Juno was noted for smartness and efficiency, he was “dined out” in the wardroom as is the custom. Unusually his wife Pepper was also invited, the second in command, John Caughey, revealing that the officer’s, after three weeks of Lygo, had met and said that they were not going to be able to survive this Captain and his impossibly high standards. But having met his delightful wife they reckoned that if she could stand 20 years they could endure two, and the farewell was for her.

After successfully running the naval entry in the Transatlantic Air Race won by an RN Phantom, Lygo was unusually again sent back to sea in command of Ark Royal, having been given the task of extracting her from a delaying dockyard refit. In 1972 he was promoted to Rear Admiral as Flag Officer Carriers and Amphibious Ships, then as Director of Naval Manpower and Training, followed by Vice Chief of the Naval Staff (VCNS). Here his concerns were the unwinnable so-called Cod Wars against a NATO ally, Iceland, and the future of the nuclear deterrent which under the Chevaline update programme was heading for expensive failure while managed by the in-house scientific establishment.

The untimely death of the Chief of the Defence Staff, Sir Andrew Humphries caused a high-level reshuffle which made Lygo briefly First Sea Lord as well as VCNS until the arrival of Admiral Terry Lewin. He retired as a full Admiral in 1978 while only 54, being appointed KCB.

Casting around for a second career, Lygo was offered several opportunities but settled for a directorship with the Dynamics group of BAe, being appointed managing director of the Hatfield Lostock division in June 1978. He found an organisation that was divided, leaderless and unfocused, while relations between the various divisions of BAe and with their main customers, particularly the vast Whitehall bureaucracy dealing with the defence equipment procurement lacked mutual confidence and a sense of urgency. By the application of personal techniques such as speaking to gatherings of all the workforce, coupled with his intimate knowledge of Whitehall personalities and procedures, Lygo was soon able to make a difference. It was a difficult time; the transition to privatisation required a change of culture in thousands of people who believed that the government owed them a living.

In 1980 Lygo was appointed chairman and chief executive of the whole Dynamics group and rose steadily to chief executive of BAe. He developed a devolved company status for the various divisions and had to implement a severe rationalisation programme, the company could no longer afford to produce low value-added products on a plethora of high-value sites. There was the need to compete with American and French missile and aircraft manufacturers – the Navy had already bought Harpoon and Exocet.

There were tangled negotiations about the financial structure and apportionment of work for Airbus Industrie and the launch of the A300 class world beater. The EFA was another programme requiring tough international negotiations and a realistic appreciation of the position of the French, who wished to lead the programme in the interests of their export market but who eventually would not join the European consortium.
A significant contribution to his success was his push towards the revolutionary and salutary fixed-price contract system instead of the outdated “cost-plus” method, forcing productivity improvements as cost and time over-runs would fall to the manufacturer.

After privatisation BAe’s acquisition programme included Royal Ordnance, Rover Group and Arlington Securities in Britain and several companies overseas. In his foreword to Lygo’s book, Sir Denis Thatcher wrote “To build a business with ever increasing demand for new development, using indifferent manufacturing capability with an organisation which had become moribund and defeatist, was an enormous task. The need to change the whole enterprise, required a great-hearted man. It was his ambition to make British Aerospace the greatest aerospace company in Europe. He did “

Lygo retired from BAe in 1989 and became a director of two City finance companies until 1992, then Chairman of Rutland Trust and TNT Express(UK) and subsequently from 1997 Liontrust. He was appeals president of Sense, the charity supporting deaf-blind and rubella-handicapped children from 1993-2001. He was a Freeman of the City of London, a liveryman of three City guilds and was made an Honorary Fellow of the Royal Aeronautical Society in 1990, its highest award. He was a Fellow of the University of Westminster.

Lygo’s wife Pepper died in 2004. He is survived by their two sons and a daughter and his second wife, Janette Brown.

(Obituary from the Times) 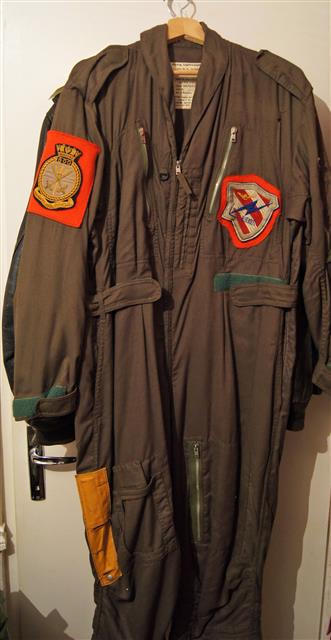 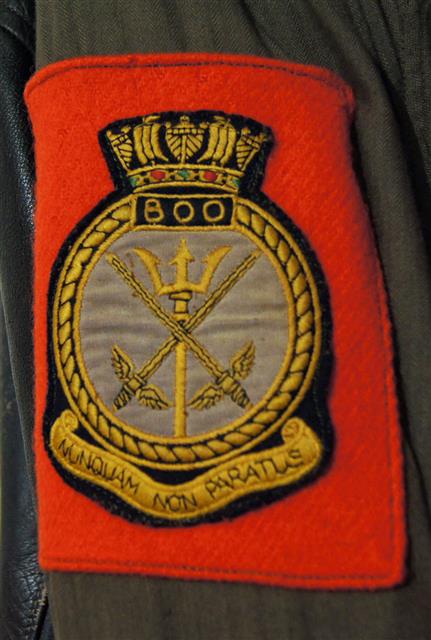 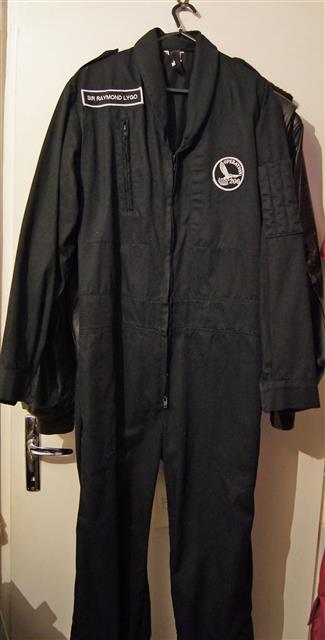 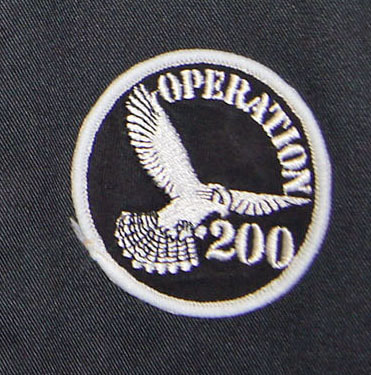 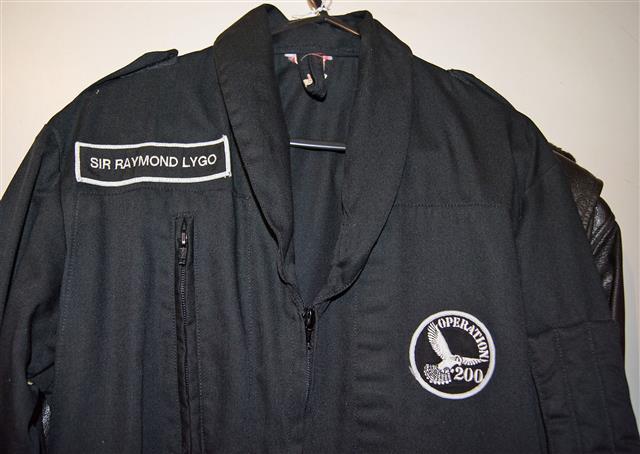 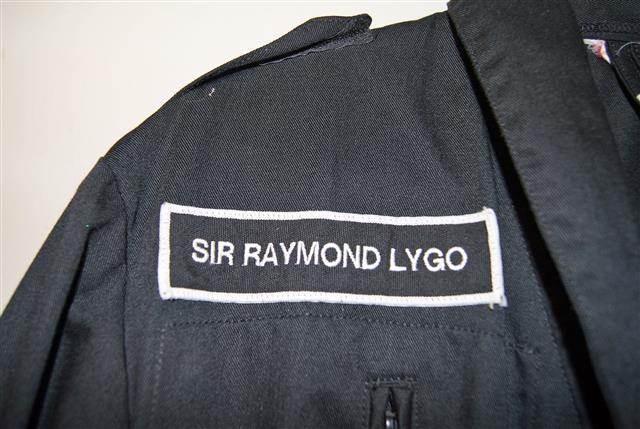